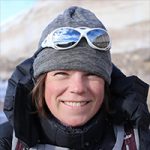 Julia Rosen is a freelance journalist based in Portland, Oregon. Her work has appeared in Nature, Science, National Geographic, High Country News, and many other publications. She is a former science reporter for the Los Angeles Times. She has been a member of NSWA since 2019.

In telling the story of a fascinating natural Arctic phenomenon known as the Pikialasorsuaq, Inuit residents, and millions of little auks, Julia Rosen uncovered a new angle from which to depict the effects of climate change. Her impressive access and familiarity with the area were hard-earned through travel in Greenland and interviews with numerous sources there. This well-crafted story is rich in detail and engaging language. 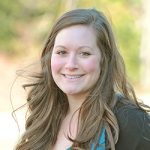 Kimberly Cauvel is an environmental journalist based in Bellingham. She has been on staff at the Skagit Valley Herald for seven years and began freelancing last year. She’s been a member of NSWA since June 2019.

Kimberly Cauvel’s investigation of the eelgrass meadows along Skagit County’s shoreline as a source of blue carbon was notable for its breadth. The story evokes the global problem of wetland destruction for waterfront development to highlight the value of local wetlands in Skagit, bringing the issue home to her newspaper’s audience. 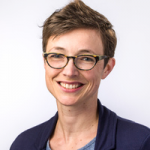 Winner: Susan Keown for her story “Revealing a new way that cancer can evade immunotherapy — and, maybe, how to stop it,” for the Fred Hutchinson Cancer Research Center.

Susan Keown is an editor and writer at Fred Hutchinson Cancer Research Center and holds an MS in Entomology. The native Illinoisan has lived in Seattle since 2012, and she has been a NSWA member since Jan. 2013.

Susan Keown demonstrates a deft use of character as she brings the reader into the room with the wife of the late Dr. Gregg Schimmel. Her story helps us understand who he was and the legacy he left through his participation in clinical trials during his treatment for Merkel cell carcinoma. Keown tells this research story of discovery beautifully, using Schimmel’s narrative to draw the reader toward a satisfying and hopeful conclusion. 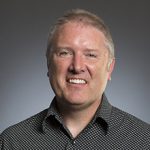 Honorable Mention: Wayne Gillam, for his story “New approach to spinal cord rehabilitation creates gradual changes that make a big difference,” for the Center for Neurotechnology at the University of Washington.

Wayne Gillam is the communications director at the Center for Neurotechnology. He explains the center’s research and education programs through engaging stories written for multiple audiences. He’s been a NSWA member since Sep. 2018.

The drama of Wayne Gillam’s opening scene, describing a dreadful injury to elementary school teacher Jessica Owen, propels the reader into the story and makes us care deeply about a new treatment for an unfamiliar condition, central-spinal-cord syndrome. Gillam shares Owen’s excitement about the prospects for this treatment while taking care not to hype the research, which is still in small, early studies.