“Genetic Me” US film premiere 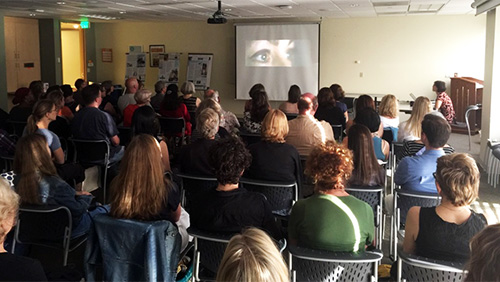 NSWA was proud to host the U.S. premiere of “Genetic Me,” a documentary from Danish science writer Lone Frank, on June 10 at Group Health Research Institute (GHRI).

“Genetic Me” is a humorous and very human gateway into the rising science of who we are. Using wit and authenticity, this documentary film connects a deeply personal tale with frontier genetic research and provides new perspectives on the eternal question of: “How did I become me?”

In the spirit of the Seattle International Film Festival, author and neurobiologist Lone Frank introduced the film by video from her home in Denmark.

Afterward, Evette Ludman, an expert in mental health and genetic testing from GHRI, joined us to discuss the science behind the film.

View a trailer of the film below: