Watch video of the event

This second event in NSWA’s Decolonizing Science Communication series featured two Indigenous writers from British Columbia who have deep experience covering stories about environmental issues in the Pacific Northwest that deeply affect First Nations peoples. Their work models how journalists can address the disproportionate dominance of Western thought, values, and culture in science and journalism and help to return Native thought and understanding to debates where they have been historically suppressed.Our esteemed speakers, Emilee Gilpin and Cara McKenna, are working as part of a large team of Indigenous reporters on an initiative called IndigiNews. Their presentations and discussion included case studies and practical tips for Indigenizing journalism and uplifting the stories that matter involving First Nations and Native American peoples. They also answered numerous questions from the audience.

Use the button above to watch a video recording of the event. Also be sure to check out video of our first event in this series, held on July 8, and suggested resources (linked below) to continue exploring this vital topic. 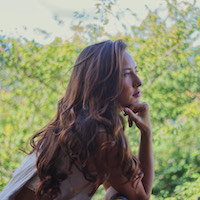 Emilee Gilpin just ended her position as Managing Director of Canada’s National Observer’s ‘First Nations Forward’ series and will soon take on a new role as Managing Editor of the new independent Indigenous news organization IndigiNews. She produced most of the reporting on the first two years of the First Nations Forward series from 2017-2019, traveling throughout British Columbia, building relationships and sharing multimedia stories of governance, self-determination and alternative ways forward that twice earned her the Canadian Association of Journalists nomination for “Emerging Indigenous Journalism.” Her work has appeared in Mother Jones, VICE, Grist, High Country News and other publications, and she gives workshops on decolonizing media and anti-oppressive journalism across the country. Gilpin holds a graduate diploma in journalism from Concordia University and has been awarded the Susan Carson bursary award and a Fulbright Canada scholarship. A Michif nomad of Cree-Métis, Filipina, Scottish and Irish ancestry, she has spent the last year in Brazil, continuing her work with National Observer, as well as reporting on COVID-19’s impacts on Indigenous communities in the so-called global South. 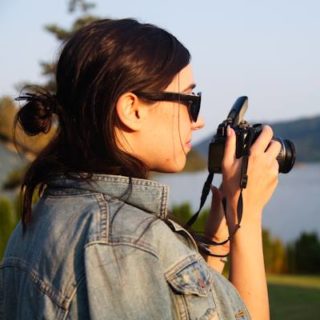 Cara McKenna is author of a recent story for the Guardian on the Lummi effort to repatriate a captive orca. As editor in chief of the Salish Sea Sentinel, a magazine published by the Naut’sa mawt Tribal Council in on Vancouver Island, McKenna has since 2016 covered environmental issues of critical importance to First Nations peoples of the Pacific Northwest, including the contentious Trans Mountain pipeline expansion. A feature of hers in July chronicled a long effort by the K’ómoks First Nation to restore an estuary of the Courtenay River after decades of industrial damage decimated salmon populations of crucial importance to the K’ómoks. In addition to the Sentinel, Cara has reported for Associated Press, the Nanaimo Daily News, and others. She is of Alberta Métis descent.