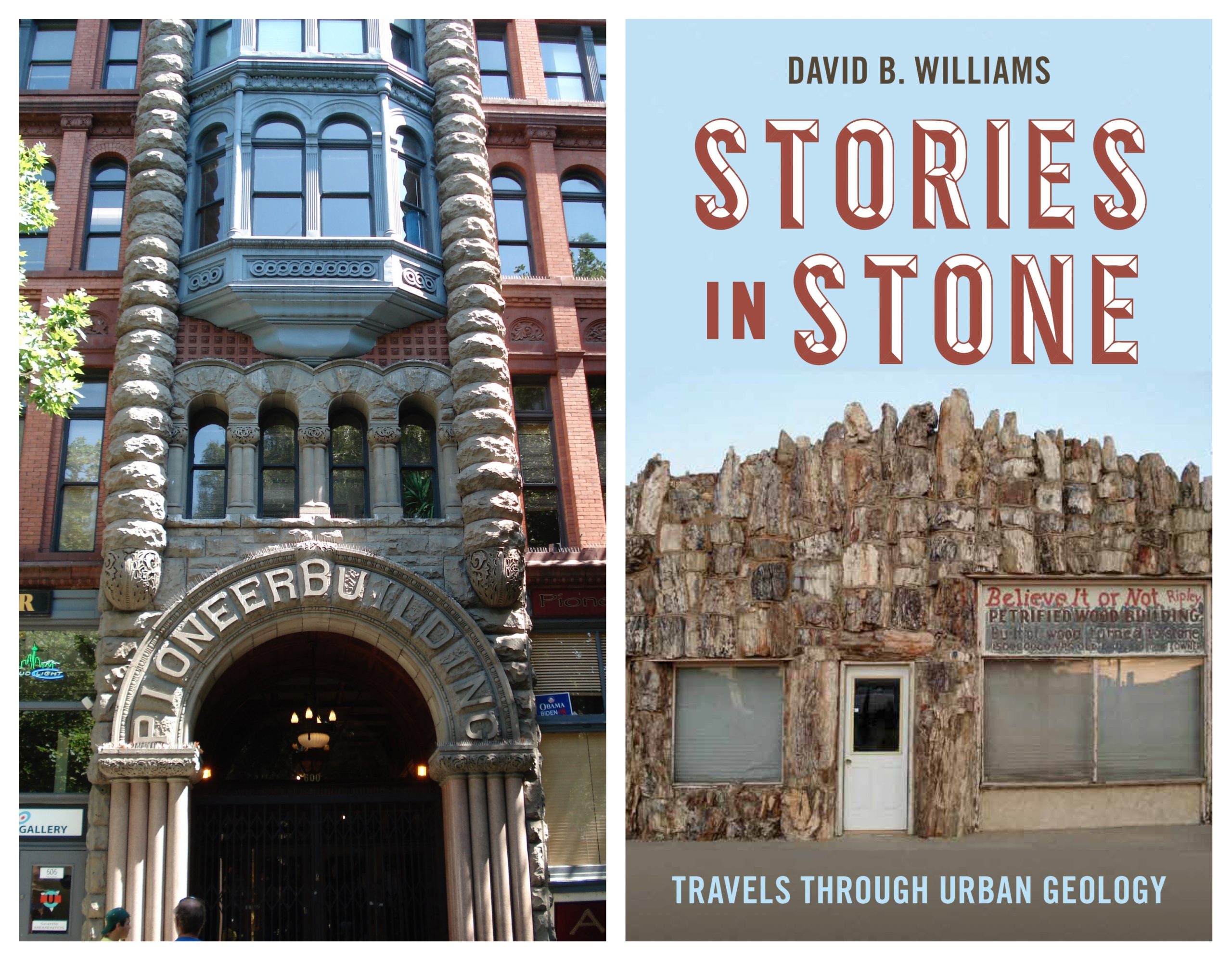 Most people don’t think of looking for geology from the sidewalks they travel, but for the intrepid geologist any good rock can tell a fascinating story. On Monday, December 21, several dozen NSWA members joined author and former NSWA president David B. Williams on a virtual walk—aided by illustrations and photographs—that explored a range of rocks equal to any assembled by plate tectonics.

At this Zoom-based NSWA event, we saw everything from 3.5-billion-year-old gneiss to 120,000-years-old travertine, fossils the size of cinnamon rolls, and rock used by the Romans to build the Colosseum. In this tour of building stone in Seattle and Portland buildings, Williams interwove history, transportation, and architecture to give us a new way to appreciate urban geology. We even “visited” a couple of quarries to see where the stone originates.

Bio: David B. Williams is an author, naturalist, and tour guide whose award-winning book Too High and Too Steep: Reshaping Seattle’s Topography explores the unprecedented engineering projects that shaped Seattle during the early part of the twentieth century. He is also the author of Seattle Walks: Discovering History and Nature in the City, Stories in Stone: Travels Through Urban Geology, and co-author of Waterway: The Story of Seattle’s Locks and Ship Canal. Williams is also a Curatorial Associate at the Burke Museum. His next book, Homewaters: A Human and Natural History of Puget Sound, will be published in Spring 2021.