Gibbs: How Much Energy Is Enough? 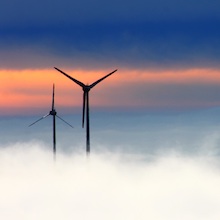 Wayt Gibbs asks a pertinent question, in light of post-Harvey gas shortages and climate change conversations: “How Much Energy Will the World Need?” Wayt does the calculations for Anthropocene. He also talks to Michael E. Brown (“the guy who killed Pluto”) in a cover story for IEEE Spectrum. Brown has evidence of a true, non-dwarf ninth planet. The evidence isn’t new telescopic photos, @WaytGibbs explains, but puzzles astronomers solve about shifting axes and orbits and blips on old images. image: Pixabay