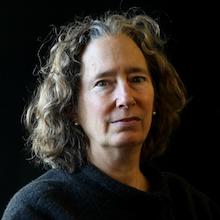 Lynda Mapes earned a 2019 AAAS Kavli Science Journalism Award that was officially presented in February at the annual AAAS meeting in Seattle. The Gold Award for a large newspaper with circulation of 150,000 or more was given to Lynda (@LyndaVMapes) and colleagues Steve Ringman, Ramon Dompor, Emily Eng and Lauren Frohne for The Seattle Times “Hostile Waters: Orcas in Peril” series. image: via AAASKavli