You’ve got the book contract, now what? 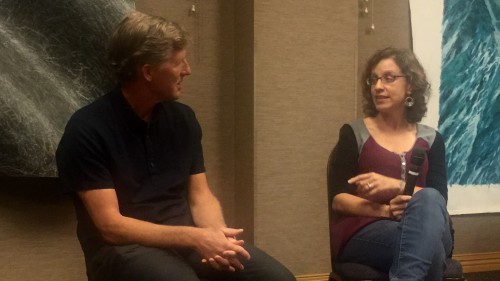 Seattle authors Steve Olson and Bonnie Rochman spoke to NSWA members and guests on Sept. 16 about how to tackle the writing, editing and polishing of a manuscript once you have a deal with a publisher.

Olson is the author of several trade books, including “Mapping Human History” and “Count Down.” His fourth book, about the eruption of Mt. St. Helens, is due out in March. He also has written for the Atlantic, Science, Wired, The Washington Post and Slate, among other news outlets.

Rochman is a freelance health and science writer who previously worked at TIME magazine. She’s working on a book about how new genetic technologies are changing the landscape of parenting that will be published through Farrar, Straus and Giroux/Scientific American.