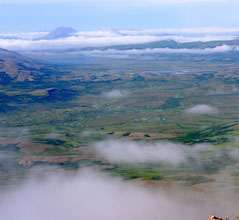 Plans for the controversial Pebble Mine in Alaska’s Bristol Bay region have hit a major roadblock, reports Ashley Braun (@ashleybraun) for Crosscut, with a deal recently negotiated by an area Alaska Native village corporation. The Pedro Bay Corporation plans to sell more than 68 square miles of its land near the gold and copper mine’s proposed site to conservation organizations, which would block a planned route for an access road and pipeline to the mine and preserve pristine salmon habitat. Image by Erin McKittrick via Wikimedia Commons