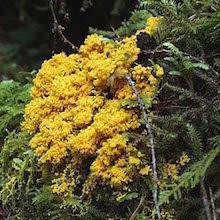 Gabriel Spitzer (@gabrielspitzer) of KPLU has another striking episode of his weekly show, “Sound Effects.” Dark matter, pickpocketing, and race all make an appearance in Gabriel’s stories under the theme of invisibility. (A tip from former NSWA President Sally James: be sure to listen to the end for the segment with local scientific illustrator Angela Mele about her fine art on slime molds.)