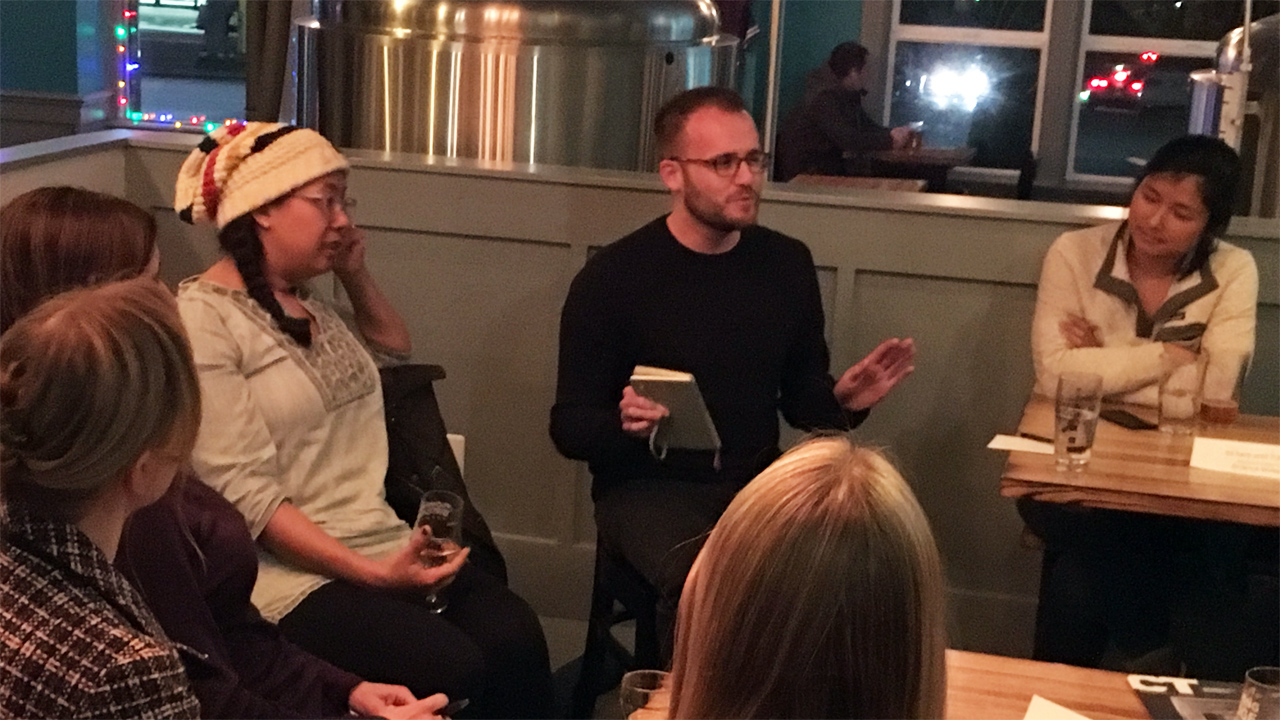 Members and guests joined Ian Haydon and Rebecca Randall, our 2017 NSWA career development award winners,  on Nov. 28 for an evening discussion recapping the World Conference of Science Journalists last month in San Francisco. Ian and Rebecca both used their awards to attend the conference, which drew more than 1,300 registrants from over 70 countries.

In the casual setting of Seattle’s Floating Bridge Brewing, Rebecca and Ian shared impressions from the conference, and insights on how they plan to use the experience to reach nontraditional audiences and propel their careers forward.

Rebecca is the first science editor hired by Christianity Today, an evangelical magazine that claims more than 450,000 print subscribers. Ian is a scientist by training who is beginning to write for general audiences on platforms such as The Conversation. Read more below:

A live tweet of the event is available below: