Can consciousness be computed? Can death be reversed? An evening with neuroscientist Christof Koch 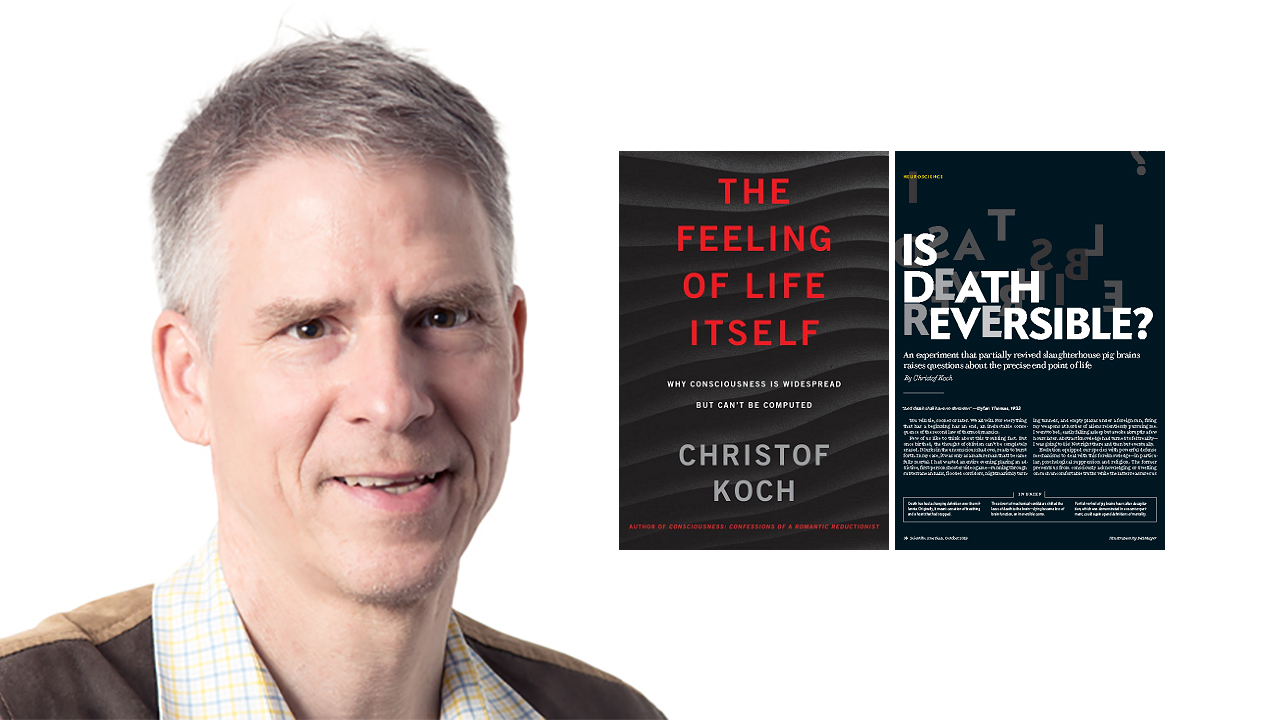 In his new book The Feeling of Life Itself, Christof Koch outlines a quantitative theory of consciousness that suggests it is far more widespread than commonly assumed and is not some kind of computation or hack. And writing in Scientific American, Koch discusses the many questions raised by recent experiments that revived pig brains several hours after death.

An alum of the MIT A.I. Lab, a longtime professor at Caltech, and now president and chief scientist of the Allen Institute for Brain Science in Seattle, Christof Koch brings decades of experience as a leading neuroscientist to bear on some of the most profound questions of human existence.

What is consciousness? Is brain death a point of no return? In his frequent contributions to Scientific American and in a new book from MIT Press, Koch guides us through the neural underpinnings of cognition, consciousness, and subjective experience. Join him and fellow science writers for an evening of thinking about thought.

Kock joined NSWA for a talk about consciousness Nov. 26 at The Seattle Times building. After the talk, the conversation moved down the street to to the Brave Horse Tavern, for food, spirits, and shufflepuck.