Science That Makes Us Smile

NSWA members will come together virtually on January 7th for an evening of live science comedy, peer networking, writing awards, and expert presentations on the chemistry of cannabis and the archaeology of beer.

Registration is now closed
With science rising triumphantly to meet the challenge of COVID-19, vaccines are coming, and better times are now on the horizon. Join us to celebrate science, our members’ achievements, and the new year with an evening devoted to the science of fun.

In an online conference center created using Remo, we will sit down at virtual tables to reconnect with old friends and colleagues and to network with our peers. We will toast the winners of NSWA’s board elections and the 2020 Best of the Northwest Science Writing Awards. And from the comfort of our couches, we will enjoy a 90-minute entertainment program, laughing to the hilarious science comedian Brian Malow, drinking along as a master brewer and beer archaeologist recounts how he has recreated ales of antiquity, and perhaps breathing deeply as we watch a video tour of a Seattle micro grow operation and talk with an expert on the chemistry and genetics of cannabis cultivation.

Thanks to support from our sponsors, admission is just $5 for NSWA members and $10 for guests. This event is likely to sell out, so buy your tickets today!

in the Networking Hall

We’ll learn the results of this year’s election and meet the new officers and board members who will lead NSWA in 2021.

We’ll announce the winners of this year’s awards and celebrate their exemplary science writing.

The networking hall will remain open for two hours, so you’ll have plenty of time to mingle among the tables in Remo’s virtual conference hall. Find and reconnect with your colleagues and make new professional connections.

in the Hall of Hilarity

“An Infectious Disease Walks Into a Bar…”

A Walk on the Silly Side of Science with Brian Malow 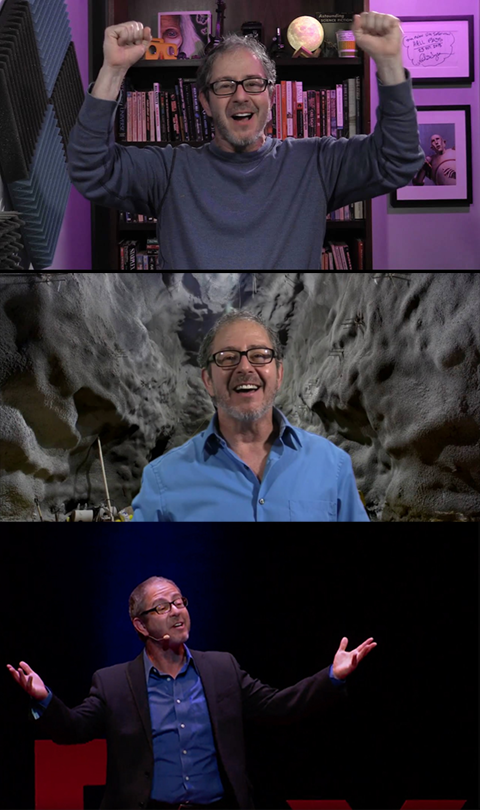 Self-proclaimed as “Earth’s Premiere Science Comedian,” Brian Malow has entertained international audiences on The Late Late Show with Craig Ferguson, Tech TV, Discovery, and A&E, as well as co-hosting two shows on The Weather Channel—long considered the toughest nut for comics to crack. Malow has appeared in science videos for Time magazine, audio essays for Neil deGrasse Tyson’s radio show, and performances for major scientific conferences and tech companies. A sometime blogger for Scientific American, his performances have been reviewed by the Washington Post, the San Francisco Chronicle, and WIRED, among others.

Tasting the Beers of Ragnar, Benedictus, and Mount Vernon

Travis Rupp is adjunct professor of Classics, Art History, History, Anthropology, and Mechanical Engineering at the University of Colorado Boulder. He also worked at Avery Brewing from 2011 to 2020 as R&D Manager and Beer Archaeologist, launching Avery’s Ales of Antiquity series in 2016. Currently at work on books on the beginnings of beer in the ancient Mediterranean and brewing in the early monastic tradition, Rupp’s recent research abroad has focused on monastic brewing in Italy from AD 400-900, brewing in Roman Britain in the 2nd century, and beer production in Revolutionary America.

Among the 10 beers Rupp researched and recreated are ales from Thomas Jefferson’s Monticello and George Washington’s Mount Vernon estates, a 1,000-year-old Finnish Viking beer, a Mycenaean beer from around 1350 B.C., and a Benedictine monastic beer resurrected from the Dark Ages. In his presentation, Rupp will explain how he reconstructs long lost recipes and brewing conditions and the unexpected challenges they posed for a modern brewery.

Although Avery’s ales of antiquity are unfortunately not distributed in the Pacific Northwest, Rupp recommends the following analogous beers (available at Total Wine, BevMo, and other retailers) for those who would like to explore flavors like those of ancient beers:

The Genetics and Chemistry that Turn Cultivars into Commercial Hits 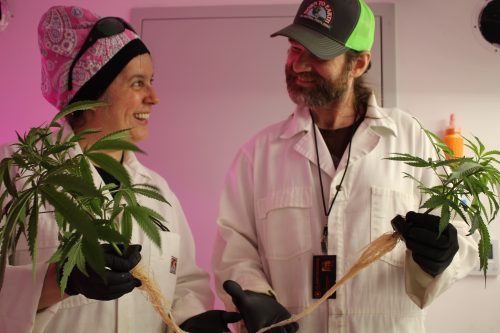 Regina Liszanckie cofounded and manages Plantworks, an indoor urban microfarm in Seattle that grows licensed cannabis using 100% LED lighting and 100% compostable substrate. Liszanckie and her partner Jared Monschein will give us a private video tour of their facility as they explain how they draw on their backgrounds in horticulture, plant genetics, and chemistry to cultivate commercial strains of psychoactive flowers. After the tour, Liszanckie will answer our questions about this burgeoning area of applied botany.

For those who would like to follow along at home by sampling strains that Plantworks has created, Liszanckie has provided a list of their products and where they can be purchased.

Many thanks to our current sponsors for this year’s event.