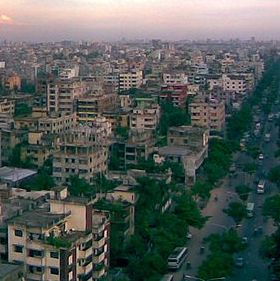 New NSWA member Evan Bush (@evanbush) reports for NBC News on research that shows just how vulnerable the increasing numbers of people living in cities are to extreme heat and humidity driven by climate change. Since 1983, global extreme heat exposure in cities nearly doubled, and the poor are most at risk from these searing temperatures. In fact, he writes, there is a widening gap between rich and poor countries’ experience of health effects from climate change. Photo of Dhaka, Bangladesh by Mahmudul Karim Farsad via Wikimedia Commons