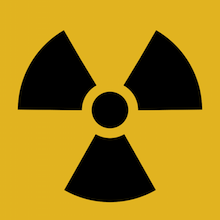 Did nuclear radiation wafting over Europe in 2017 come from Russia? Meredith Fore investigates for @WIREDScience. Nuclear clouds from Russia seem to be a regular event but in this case, Meredith writes, the source was spent nuclear fuel that was weirdly “young.” Meredith just finished a stint @WIRED as a AAAS Mass Media fellow. See all her work at Wired and follow @Fore_Says.