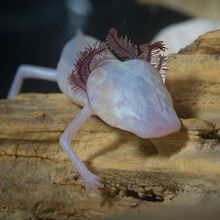 It’s an ecosystem that’s challenging for scientists to venture into, and it’s disappearing fast, writes James Gaines (@the_jmgaines) for Undark. Rather than a remote jungle or forbidding mountains, this ecosystem is the groundwater under our feet, and it’s home to creatures such as blind salamanders, many of which are only now being described and named. Gaines introduces us to some of the scientists who are studying these habitats using noninvasive techniques such as environmental DNA sampling and isotope analysis, and those who are racing against time to preserve the special creatures that live there. Image: U.S. Fish and Wildlife Service