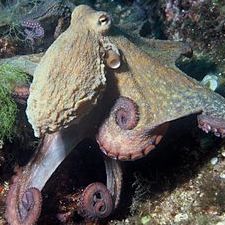 What can pathologists learn from an octopus? Plenty, writes Bryn Nelson (@SeattleBryn) in a piece he coauthored in CytoSource. Cancerous tumors are such wily foes that studying cephalopods’ different forms of intelligence and problem-solving approaches could yield valuable lessons in out-of-the-box thinking. For instance, octopuses’ distributed intelligence, in which each arm may take a different strategy to follow a command issued by the central brain, demonstrates an adaptability and creativity that pathologists would be wise to imitate, even with only two arms and a different set of perceptive abilities. Photo: public domain via Wikimedia Commons